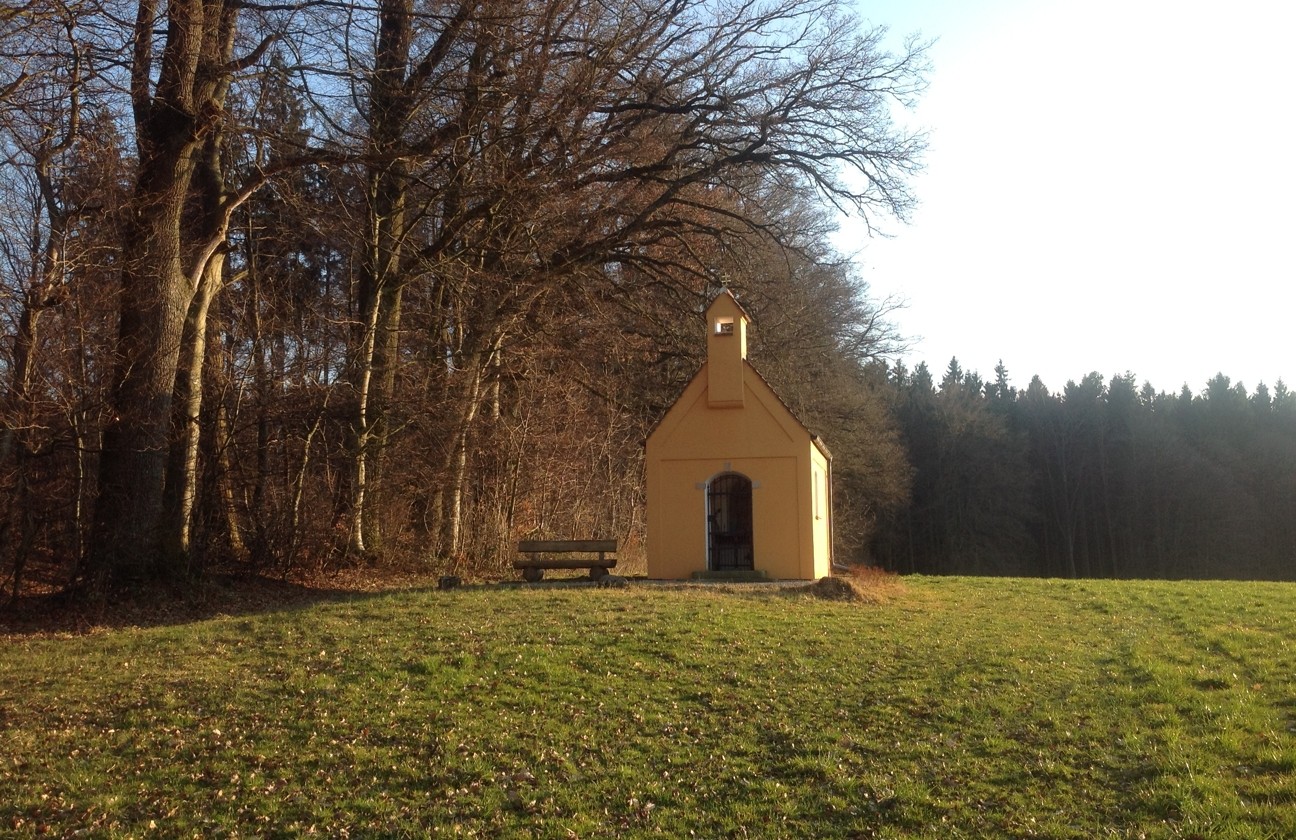 I’ve been road cycling the exact trip of indoor cycling video #001 and #006 on Sunday (see my blog post from Sunday) but after taking all these photos I regretted to not have taken any pictures of that little yellow chapel. You certainly remember that little yellow chapel right after leaving Eismannsberg in video #001 “Sunny Fall Day Round Trip” and video #006 “Sunny Spring Day Round Trip”. There’s a piece of acre between Eismannsberg and the wood and the chapel is at the right side of the wood. I had just passed by on Sunday without really taking notice of it. Why didn’t I stop to take a closer look? 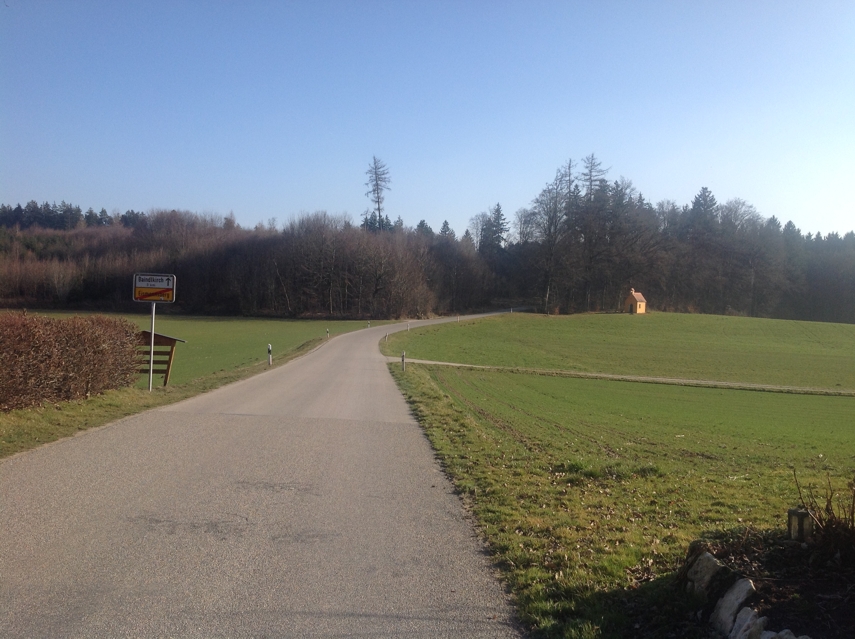 So today, after hours of work at the desk I decided to take a late afternoon break and go for another ride. Destination: the yellow chapel! Mission: to find out for you guys and for myself what’s in it :-)
So let’s check it out! 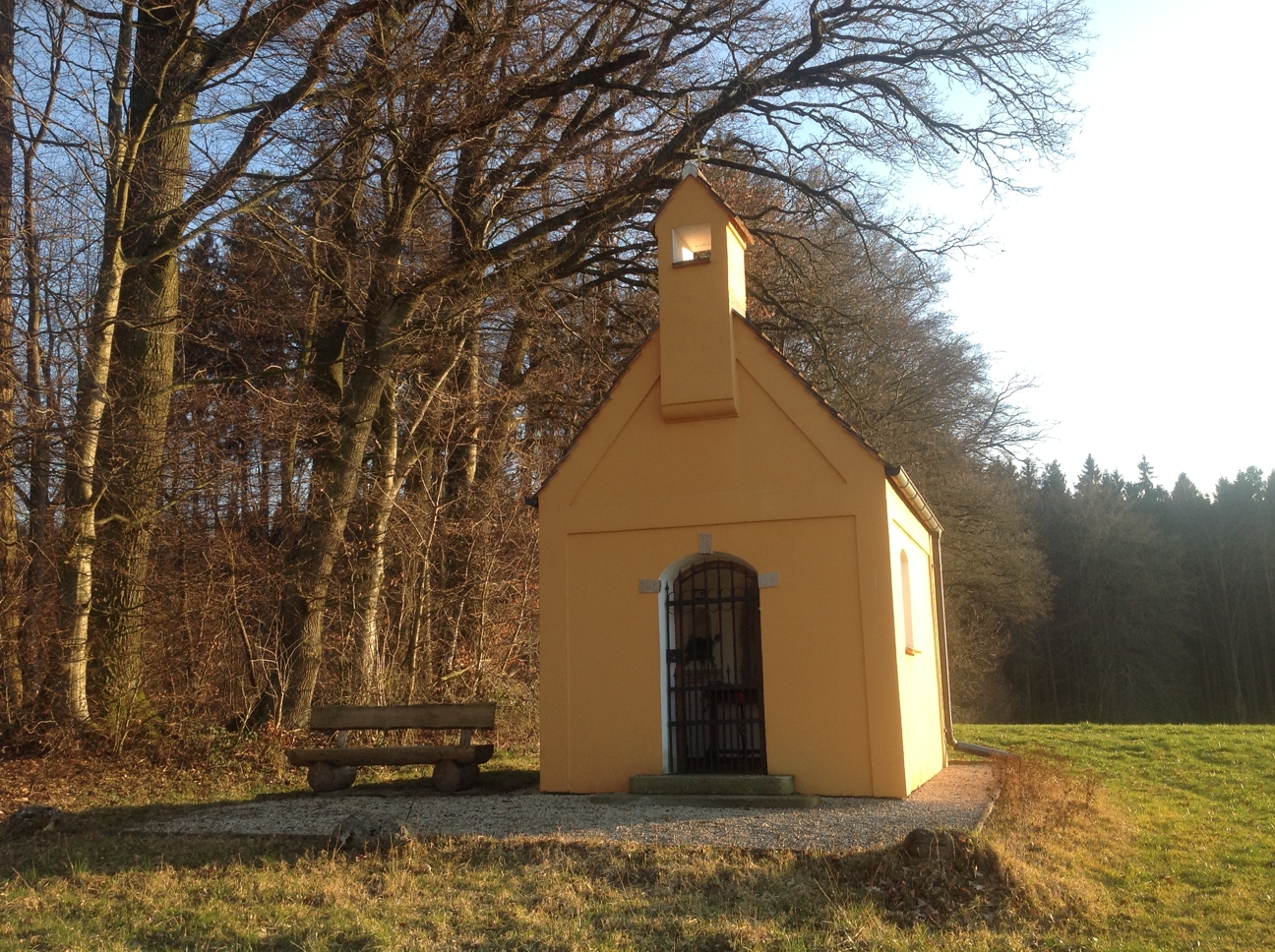 It’s a beautiful place. I stepped toward the wrought-iron door. And here you can see what’s in the chapel: 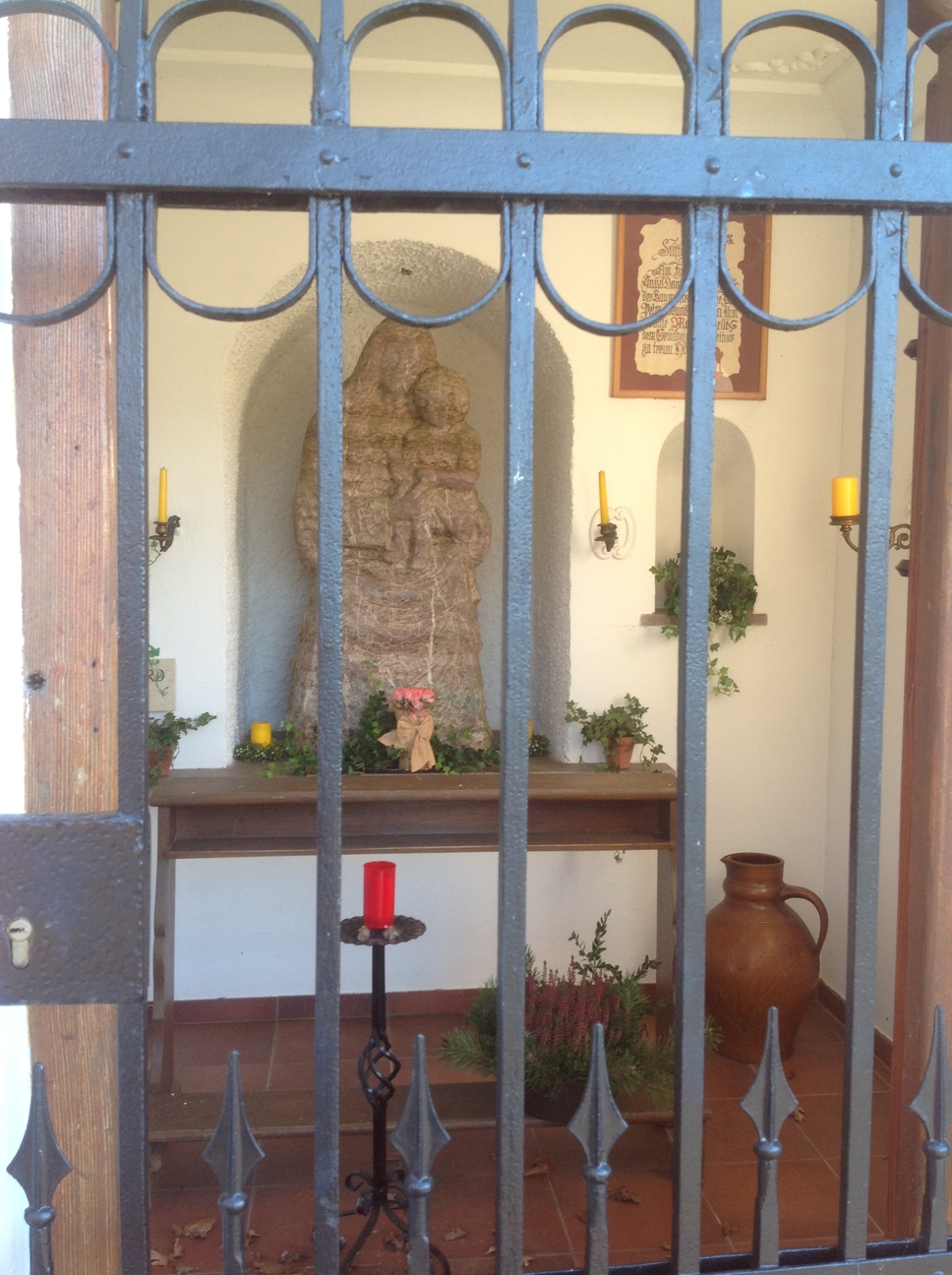 Inside the yellow chapel

It’s Mary with her son Jesus inside. There was also a name at the left side on a memorial plaque that I didn’t want to take a photo of because of privacy. First I thought this is maybe a family grave but I think it’s more a place of prayer of the family who owns the acre where the chapel is built upon. I think it’s a place to commemorate members of the family who have passed away and to pray for them or at least to light a candle for them every once in a while. Right on the small grey square above the door (you can see it one picture above this one) the year “1981” has been carved into the stone. That’s probably the year when the chapel was built.

So now the secret of the yellow chapel is revealed :-)

I had to ride home to Mering (about 10 km / 6 miles from Eismannsberg) and took the direct route via the main road. Fortunately there’s a bike lane right next to it.

Here are some photos from my way home. You can see that I love sundowns (if you do, too: check out indoor cycling video #004 “Cycling to Landsberg at Sundown” for your indoor cycling training – it’s absolutely beautiful!!) 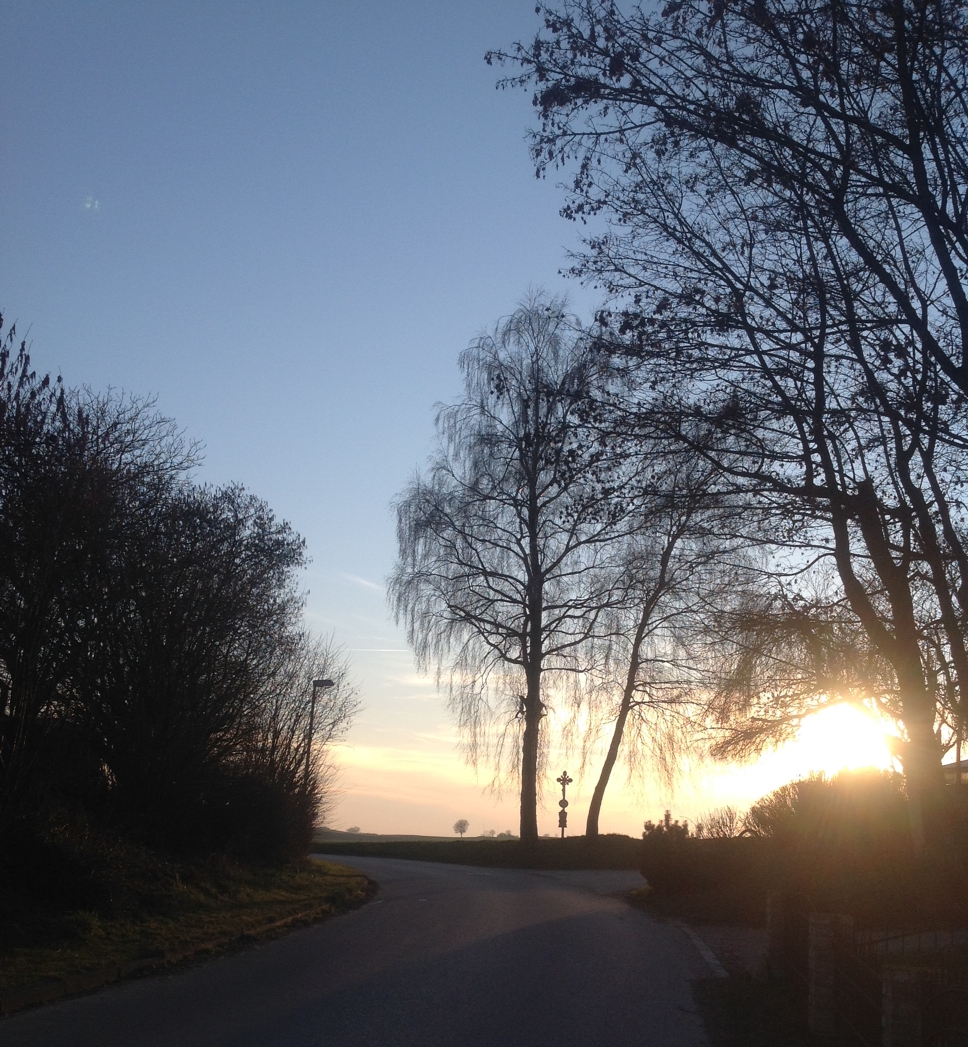 You see that cross? They’re all over here in rural Bavaria. Almost every field has a cross. It’s very traditional. I’m totally not sure if people are really soooo catholic here (I mean in their heart), but for the social life of the rural villages in Bavaria the Catholic religion was always a basic part of their community. Everybody went to church at Sunday. I have a friend who grew up in Gerold, a tiny village close to Garmisch-Partenkirchen. He told me, when he was a kid, he went to church every Sunday with his family. He also told me that some people from the villages around hated each other so much, that they refused to shake their hands at the catholic sign of peace during church service :-D

Not sure if it’s everywhere but here in Germany the Catholics shake their hands at one point during church service and say to each other “peace be with you”. I like this tradition very much. Actually, when I – as a Protestant – attended a Catholic church service for the first time and the person next to me on the pew offered to shake my hand and said to me “peace be with you!” I was so surprised that I didn’t quite understand what he said. I shook his hand and said “yeah, nice to meet you, my name is Cornelia.” :-) 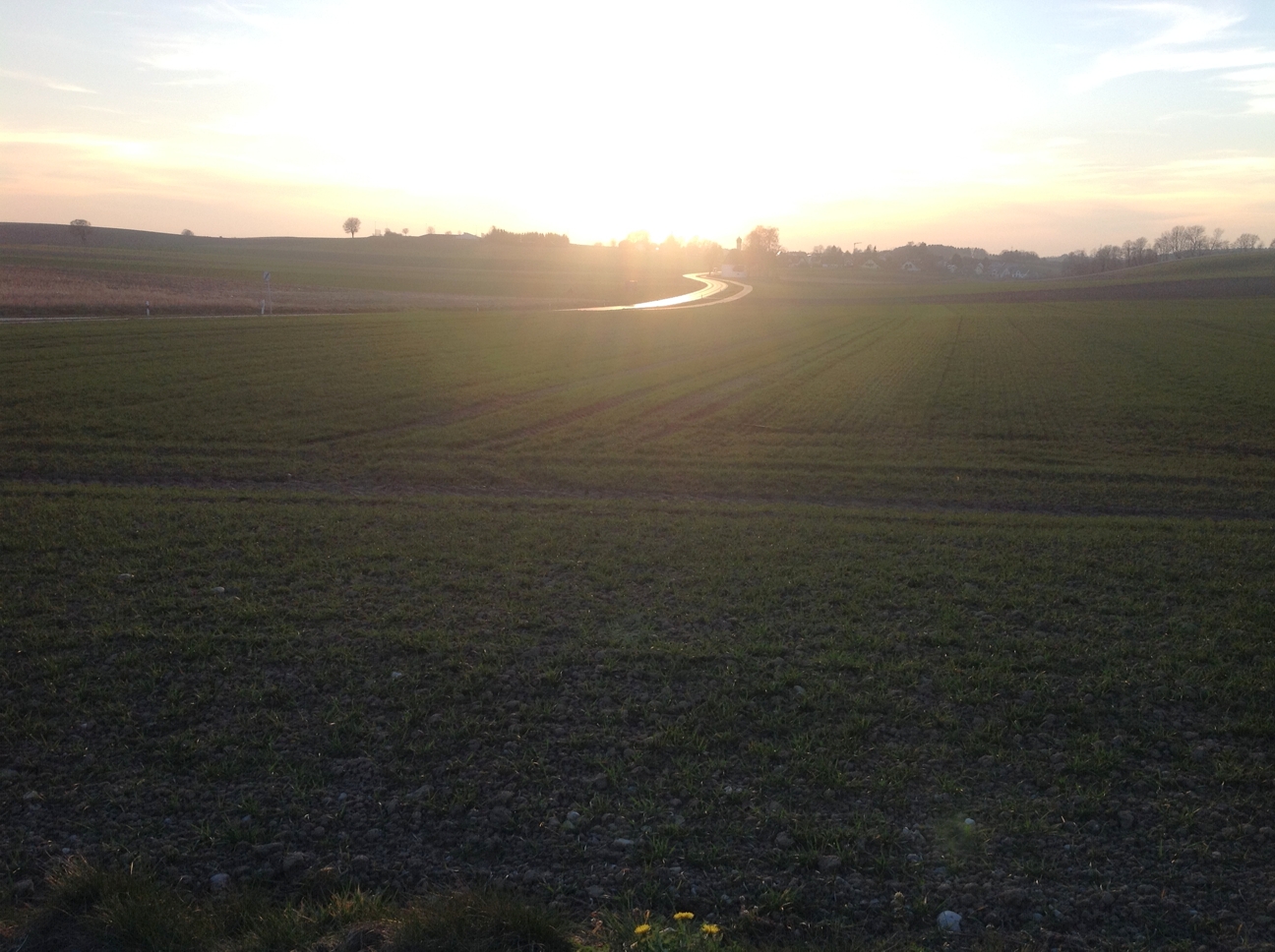 See the early dandelion at the bottom 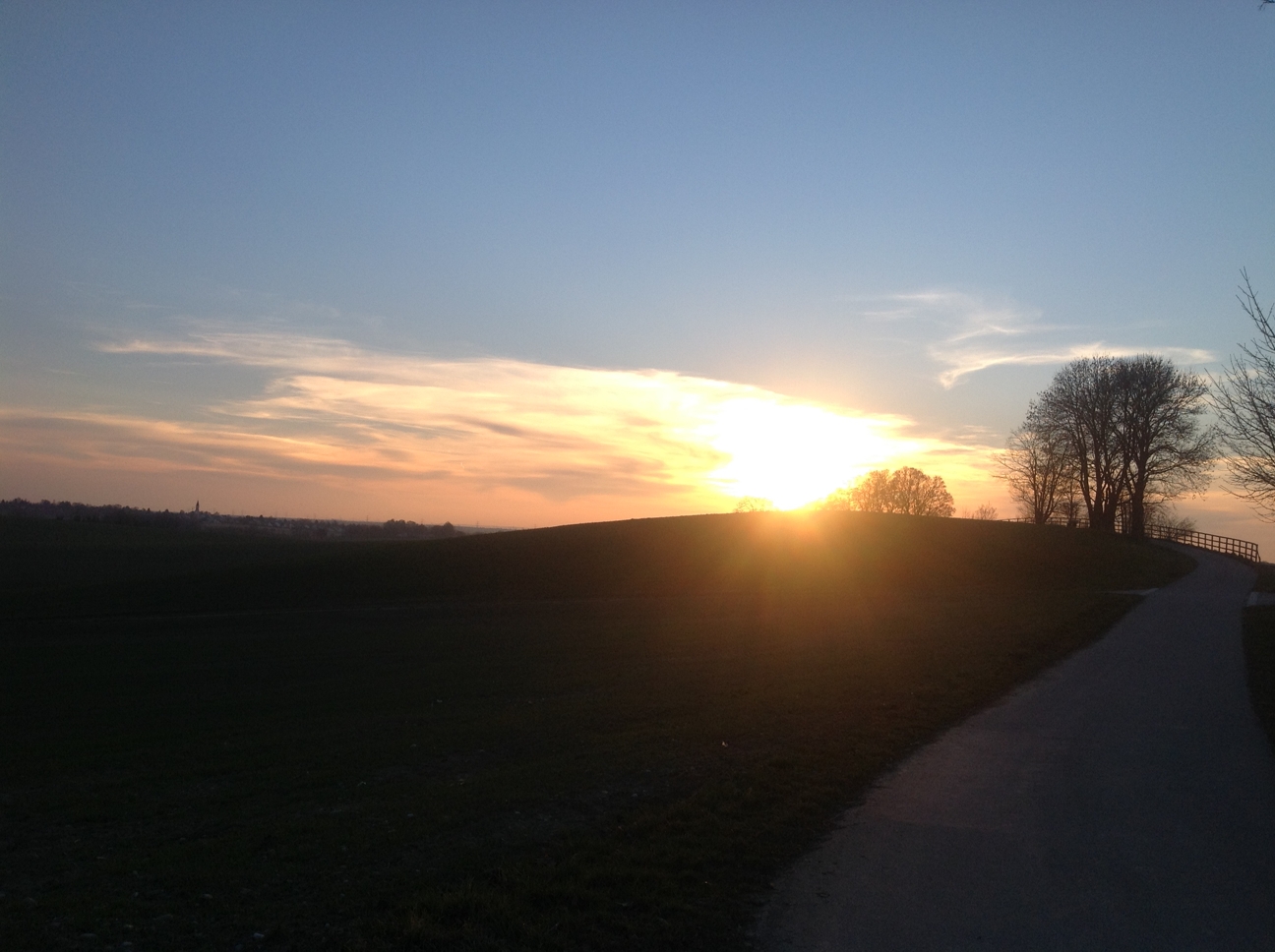 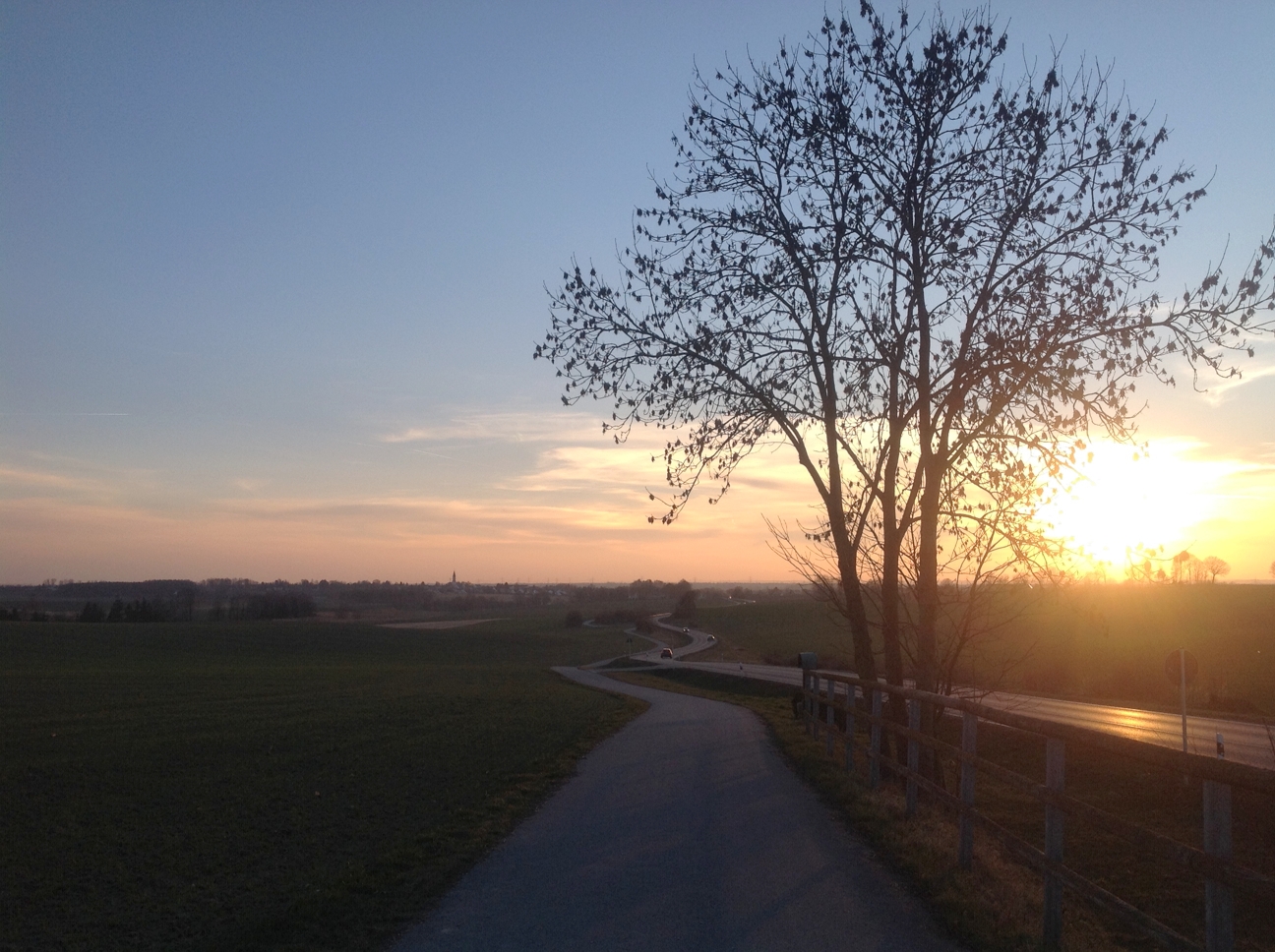 Create your own Interval Cycling Training with your Gymboss!

WHO is responsible for all this REALLY cool stuff? Hi, my name is Cornelia. I'm 45 years old; I live in Mering, a small town in the South of Germany.

Shower Your Cells with Vitamins

I (Cornelia) use my Vitamix TNC 5200 since 2012 for my fruit smoothies and I really love it. They're not cheap but totally worth the money. Mine is the European edition and white, this one is the same model but black and US edition on amazon.com. If you decide to buy one, please use this affiliate link! Thx
US customers: Vitamix TNC 5200 American edition amazon.com

These are all affiliate links, using them will sponsor the indoor cycling videos! Are you an Indoor Cycling Instructor or would you like to become an instructor? The Indoor Cycing Assiciation (ICA) is the premier online site for education, motivation and inspiration for indoor cycling instructors. I met Jennifer Sage, who founded the ICA and Tom Scotto online and I can only tell you, they're awesome.
Absolutely check this out! indoorcyclingassociation.com
Tom interviewed me in March 2014:
Tom interviewing Cornelia
ICA will take your teaching and coaching experience to the next level!